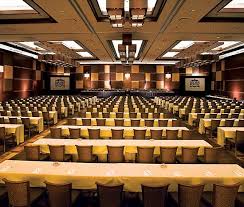 Jack’s law degree and experience as a police officer gives him the unique perspective of public safety legal and liability issues. Jack is a former adjunct faculty member at Salve Regina University and lectures frequently throughout the United States. He has authored several legal publications, including the PSIAI best-selling “Legal Guide for Law Enforcement Officers and Supervisors” – an annually updated quick-reference guide to U.S. Supreme Court case law impacting law enforcement policies and procedures. Jack has authored “Law Enforcement Best Practices – 5th Edition”, “Jail and Best Practices” and “Emerging Legal Trends for SWAT, Tactical and Emergency Response Operations”. Jack has written policies and procedures that have been adopted by over 1,000 law enforcement and corrections agencies across the United States.

Lou Reiter currently is a police consultant. He offers (3) separate professional services to the law enforcement community. He provides training to police groups in the high-liability area of use of force, emergency vehicle operations, high-risk operations, investigations of citizen complaints, Internal Affairs procedures, investigation of critical incidents, and liability management. He will normally conduct 15-20 of these programs ranging from 2 hours to 5 days in length. The primary seminars are a 2-1/2 day program on Internal Affairs and Police Discipline and a 5-day program on investigation of police use of force incidents. Each year nearly 1,000 police practitioners will attend these training programs.

Lou has been a consultant on 8 U.S. Department of Justice, civil Rights Division, Special Litigation Section, investigations of agencies involving patterns and practices of Constitutional violations. He was selected as a Federal Court monitor for the Consent Decree of Colln v. Ventura County Sheriff”s Department, CA.

Lou provides litigation consultation to attorney firms involved in police civil actions. since 1983, Lou has been retained in over 1,100 such cases in nearly every state, plus the District of Columbia and Puerto Rico.

Lou was a member of the Los Angeles Police Department from 1961 to 1981. During that tenure, he had 22 different assignments and rose through the ranks to retire as Deputy Chief of Police. About 70 percent of his time was spent in uniformed operations while the bulk of the remainder was in Internal Affairs, use of force review, training and personnel administration.

Lou has been published throughout his professional career. He was one of the principle researchers and authors of the 1973 Police Task Force Report, of the National Advisory Commission on Criminal Standards and Goals, where he authored the chapters on Internal Discipline, Training and Management-Employee Relations. Lou authored and published the Law Enforcement Administrative Investigations: A Manual Guide.

Stephen Campbell began his law enforcement career with the Providence, Rhode Island Police Department (with 500 sworn officers) in 1982 and retired at the rank of Major, Chief of Detectives in 2008. During his 26 years, he worked in numerous bureaus within the department including the Detective bureau, and developed and commanded the Domestic Violence Unit. He has investigated over 100 homicides and numerous suicides, accidental and natural deaths.

As the Chief of Detectives he had oversight of all Major Crimes, Narcotics Bureau & Organized Crime, Crime Scene Investigation & Evidence Collection, and Youth Services.

Ray retired as Assistant Director at the Tennessee Law Enforcement Training Academy assigned to oversee the Peace      Officers Standards and Training Commission (POST) and Specialized Training. He has over 25 years of total service in the state of Tennessee serving in a variety of positions. Ray has also served as Vice President of Bethel University and Vice President for Savant Learning   Systems a private higher educational and training company. He is also currently an Adjunct Faculty member in the Criminal Justice Program at Bethel University and serves on the Academic Review Committee for Masters candidates.

Ray received his Bachelors of Science from Tennessee Technological University and his Doctor of Jurisprudence from the Nashville School of Law and is a graduate of the Police Staff and Command School at Northwestern University. Training certifications include: Criminal and Constitutional Law, Courtroom Security, Leadership, Internal Affairs, Firearms and Emergency Vehicle Operations and many others. 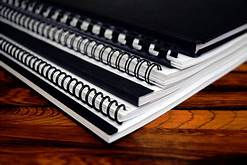